Impact craters are formed when a meteoroid, asteroid or comet crashes into a planet or a moon. All the inner bodies in our solar system have been heavily bombarded by meteoroids throughout their history. This bombardment is clearly visible on the surfaces of the Moon, Mars and Mercury for example. On the Earth, however impact craters are continually erased by erosion or transformed by tectonics over time.
Still, almost 170 terrestrial impact craters have been identified on our planet. These range in diameter from a few tens of meters up to about 300 km (186 miles), and they range in age from recent times to more than two billion years. The impact craters featured on this list are relatively small and young making them easier to spot. An example of a large and old impact crater is the Chicxulub crater with a diameter of 180 kilometers (110 miles). The impact that formed this famous crater is thought to have been responsible for the extinction of the dinosaurs, about 65 million years ago. 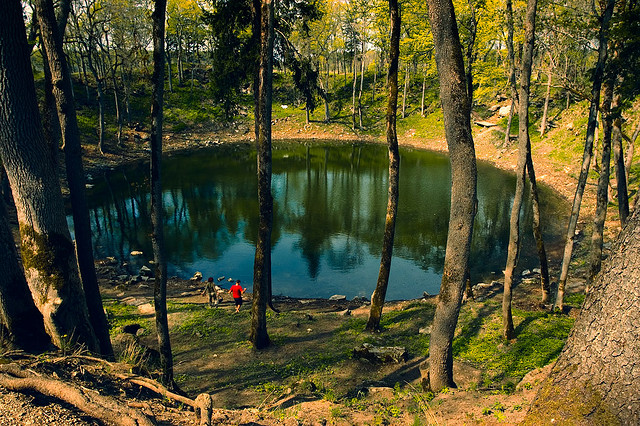