"The Arctic Ocean is the only environment in the world that requires constant focus 24 hours a day, 7 days a week, and every minute of it – one slip-up and I can find myself submerged in 11F water, or underneath a heavy sled. iPods are out of the question," says adventurer, explorer and One Young World ambassador, Parker Liautaud. Not the kind of words you'd expect from your average 16-year-old, but Parker is not an average teenager. He has many achievements already under his belt, including climbing the Rockies, making it to within 15 miles of the North Pole, and acting as a motivational speaker when not in school. He is also reattempting – and is determined to accomplish – his 2010 goal of being the youngest person ever to ski to the North Pole. 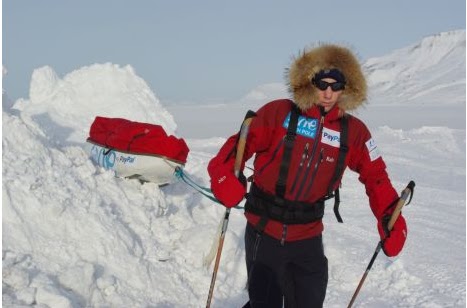