5 Amazing Cliff Side Towns Around The World

Many of the planet’s cliff-side towns were originally built in their location for some military reason. Such is the case with Bonifacio, which sits at the southern tip of the French island of Corsica. The town’s position, strung out along white limestone cliffs, not only overlooks one of the island’s best harbors but also the strategically significant straight that separates Corsica from rival island Sardinia. More recently tourism has been the force driving Bonifaciens to built holiday homes and B&Bs on the cliff’s edge where the view out across the Mediterranean Sea rather spectacular. 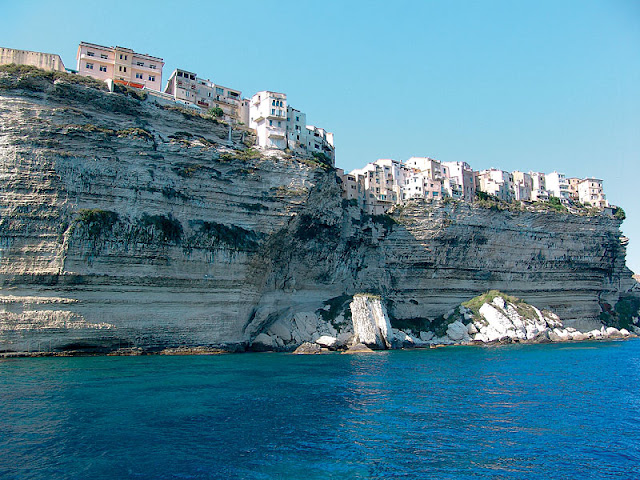 Full post: 5 Amazing Cliff Side Towns Around The World
Email ThisBlogThis!Share to TwitterShare to FacebookShare to Pinterest
Posted in: Varieties, World wonders