People will love it or loathe it but London will soon have a new and truly twenty first century tower to coincide with its hosting of the Olympic Games in 2012.

The Orbit as it is called at the moment is going to be the biggest piece of artwork in Britain ever. However it is already gathering new nicknames, such as the Collossus of Stratford (where it will be built) or the Hubble Bubble. Inaugurated on 31 March 2010 it has been designed by the architect Anish Kapoor.
For something that looks as if it should not be able to stand upright for very long, Kapoor has called in one of the most talented structural engineers in the world, Cecil Balmon. The tower will, when built stand almost one hundred and twenty meters in height. It will take one thousand four hundred tonnes of steel to build the colossal structure. Building will start very soon and is due to be completed by November 2011. Then, London will have a new and permanent feature on its landscape to rival the Statue of Liberty or the Eiffel Tower. 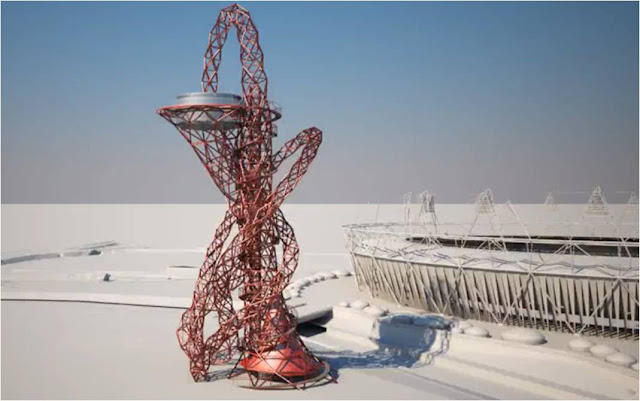