Just over a year ago, the Tohoku Earthquake struck eastern Japan with an incredible magnitude of 9.0 on the Richter scale. The resulting tsunami that devastated Japan also traveled across the Pacific Ocean and impacted the northwest Hawaiian Islands - a largely uninhabited series of islands and atolls with fragile ecosystems and a treasure trove of biodiversity.
Over 110,000 rare Laysan and black-footed albatross chicks perished in the tsunami, and over 2,000 adults were killed. Now, the first round of tsunami debris may shortly be making landfall in the same region.
According to the non-profit organization Ocean Conservancy, the tsunami debris "could damage reefs, introduce invasive species and impact the Laysan and black-footed albatross, Hawaiian monk seal, green sea turtle, and other threatened and endangered species." Debris could also affect the migratory routes of a variety of other species ranging from seabirds to bluefin tuna to whales. 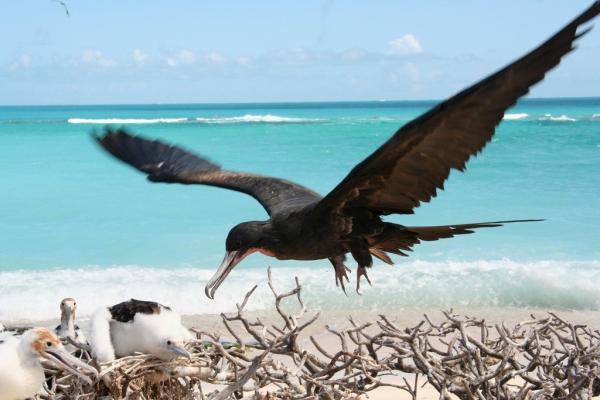