If you’ve ever visited the Hawaiian islands, you may already know that one of them, Niihau, west of Kauai, is off-limits to outsiders. Here’s the story of how that came to be, and what life on the island is like today.
In 1863 Eliza McHutchison Sinclair, the wealthy 63-year-old widow of a Scottish sea captain, set sail with her children and grandchildren from New Zealand for Vancouver Island off the southwest coast of Canada. There she hoped to buy a ranch large enough to support the dozen family members who were traveling with her, but after arriving in Canada, she decided the country was too rough for a ranch to be successful. Someone suggested she try her luck in the kingdom of Hawaii, 2,400 miles west of North America in the middle of the Pacific Ocean. On September 17, 1863, she and her family sailed into Honolulu harbor, and quickly became friends with King Kamehameha IV.
The Sinclairs toured the islands looking for suitable ranch property. They turned down an opportunity to buy much of what is now downtown Honolulu and Waikiki beach, and they passed on a chance to buy much of the land in and around Pearl Harbor. “After some months of looking,” Eliza’s daughter Anne recalled years later, “we gave up and decided to leave for California. When King Kamehameha heard of this he told us that if we would stay in Hawaii he would sell us a whole island.” 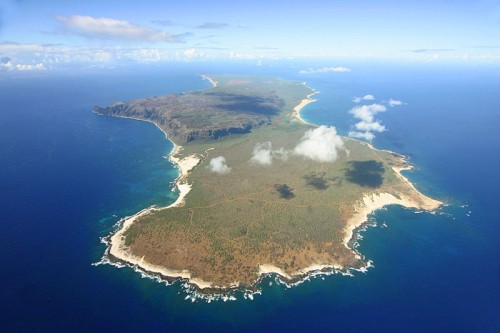