Anomalocaridid is the name of a remarkably strange, shrimp-like deep sea creature which became extinct hundreds of millions of years ago. The 3.3 foot-long fossil of this creature – the largest of its kind – was discovered in southeastern Morocco. It had a spiny head and a plated mouth, and is a foot longer than previously discovered fossil specimens of its kind.
The study was published in the May 26, 2011 issue of the journal Nature and was supported by a National Geographic Society Research and Exploration grant and by Yale University.
"It would have made enough scampi to feed an army for a month—it was giant, and no doubt very tasty," said Derek Briggs, paleontologist, study co-author, and director of the Yale Peabody Museum of Natural History. 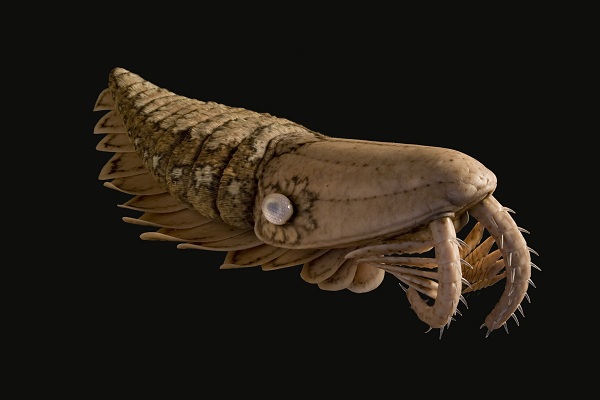