The jury has long been out on what does or does not constitute modern art, but the sheer wow factor of two combat tested warplanes filling the galleries of the Tate Britain is certain to silence even the most hardened critic – if only for a few moment.  The work, aptly named Harrier and Jaguar in honour of the two aircraft involved, is the brainchild of artist Fiona Banner, and showcases one battle-hardened jet strung-up like a trophy while the second lies upside down on the floor. 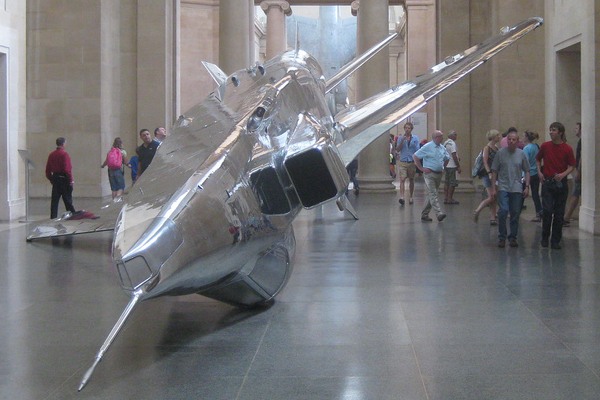