Has Evidence of Alien Life Been Discovered Inside Meteorites?


Whether life beyond Earth exists has been a greatly debated topic for many years. But when a scientist at NASA's Marshall Space Flight Center claimed to have found fossil evidence of alien life inside rare meteorites, it seemed to make one thing sure – that we are not alone.
Dr. Richard B. Hoover, an astrobiologist with NASA, extracted some samples from various meteorites. There he discovered many large complex filaments embedded inside the freshly fractured internal surfaces of the meteorite.
The most interesting aspect of this research is that these filaments appear be nothing but the microscopic fossils of alien life, bacteria very similar to ones on Earth. Also, their chemical composition and other physical characteristics such as size and structure are very different from other mineral species. 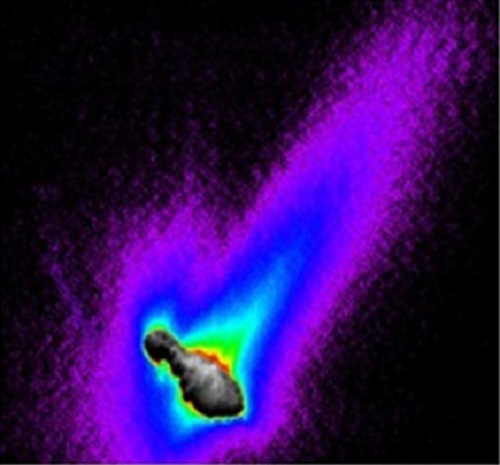 Full post: Has Evidence of Alien Life Been Discovered Inside Meteorites?
Email ThisBlogThis!Share to TwitterShare to FacebookShare to Pinterest
Posted in: Science, Varieties