An underground London cinema opened by the illusive street artist Banksy was purchased by the Old Vic Theatre Company last year, and looks set to host a series of “innovative and surprising arts events” throughout 2011.  Opened as “The Lambeth Palace” to screen the UK premiere of Banksy’s film Exit Through the Gift Shop, the cinema and surrounding space are now known as the Old Vic Tunnels, a diverse venue engaging young Londoners in theatre and the arts. 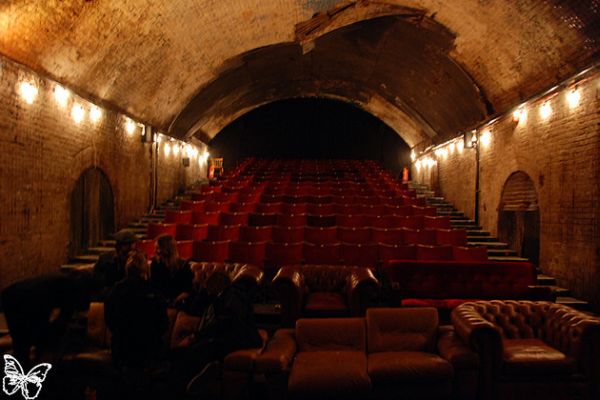