Lviv Ukraine As The Most Visited Place In Ukraine

With so many live-star historical at tractions grabbing your attention in and around Lviv Ukraine, it’s all too easy to be distracted from appreciating the effort residents have to make to keep their city, and themselves, going.
Lviv Ukraine
Looking down from 13th century Vysoki Zamok (High Castle) on the domes and spires of the old walled city of Lviv Ukraine, and beyond, to Hapsburg-era boulevards full of stunning examples of Baroque, Gothic and Renaissance architecture, Lviv‘s role as gateway city between east and west Europe seems romantic rather than grafting. Of course, the (three) cathedrals, churches, palaces and institutions packed around 16th century Ploshcha Rynok (Market Square) are in fact emblems of Lviv‘s success in playing the diplomatic game of several centuries, and surviving the bloody conflicts between Poles, Lithuanians, Russians, and Germans with less damage than most other cities in the region. Unfortunately, up close, the cobbled streets are patched, and multicolored facades literally crumbling. 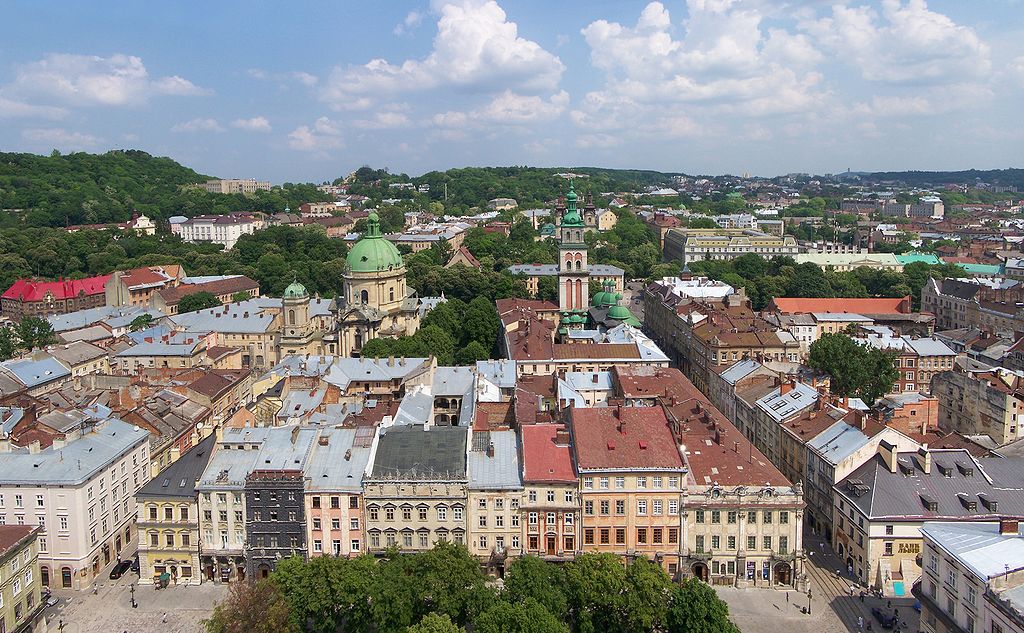 Full post: Lviv Ukraine As The Most Visited Place In Ukraine
Email ThisBlogThis!Share to TwitterShare to FacebookShare to Pinterest
Posted in: Countries, Travel