Flynn Michael calls his students a “bunch of Star Wars dorks.” But that doesn’t mean he’s any less passionate about the sci-fi series himself. Especially since he’s created a whole club on the concept of Jedi, and teaches his trainees how to use the Force to navigate the pressures of living in New York City – be it a stressful workplace, a rowdy bar or a crowded subway. His project is called the New York Jedi Club.
Born Michael Brown, the sound engineer from Brooklyn calls himself a “sci-fi, heavy metal, over-the-top geek.” During his growing-up years in Rhode Island, he watched the first Star Wars film 32 times, and when he saw Luke Skywalker learning the way of the Force, like millions of other fans he wanted to be able to do that himself. Michael’s childhood was not unlike other geeky kids’, he was bullied and beat up a lot. He says that the lightsaber helped bring out the hero inside him, and helped him stand up for himself. 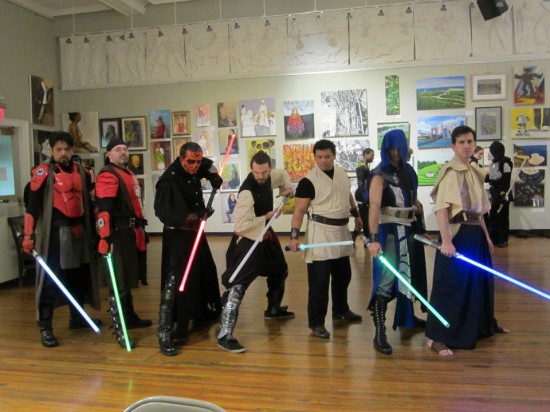