The Most Important Water Passes In The World


The Panama Canal is a 77 km (48 mi) ship canal in Panama that joins the Atlantic Ocean and the Pacific Ocean and is a key conduit for international maritime trade. Built from 1904 to 1914, annual traffic has risen from about 1,000 ships in the canal's early days to 14,702 vessels in 2008, measuring a total 309.6 million Panama Canal/Universal Measurement System (PC/UMS) tons.
One of the largest and most difficult engineering projects ever undertaken, the canal had an enormous impact on shipping between the two oceans, replacing the long and treacherous route via the Drake Passage and Cape Horn at the southernmost tip of South America. A ship sailing from New York to San Francisco via the canal travels 9,500 km (5,900 mi), well under half the 22,500 km (14,000 mi) route around Cape Horn. 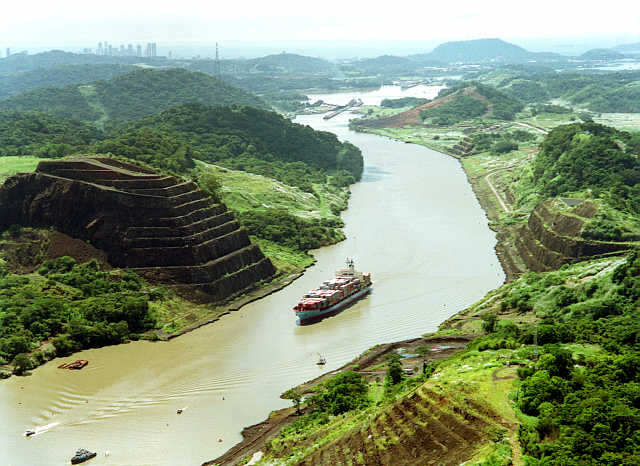 Full post: The Most Important Water Passes In The World
Email ThisBlogThis!Share to TwitterShare to FacebookShare to Pinterest
Posted in: Varieties, World wonders