Tassili N’Ajjer Algeria, a vast mountainous plateau to the north of the Hoggar Mountains, is protected as a national park, biosphere reserve and World Heritage Site. Much of its wild landscape is characterised by deep chasms and dramatic cliffs. Composed largely of sandstone, erosion in the area has resulted in nearly 300 natural rock arches being formed, along with many other spectacular landforms.
Tassili N’Ajjer Algeria
Because of the Tassili N’Ajjer Algeria altitude and the water-holding properties of the sandstone, the vegetation is somewhat richer than the surrounding desert; it includes a very scattered woodland of the endangered endemic Saharan cypress and Saharan myrtle in the higher eastern half of the range. 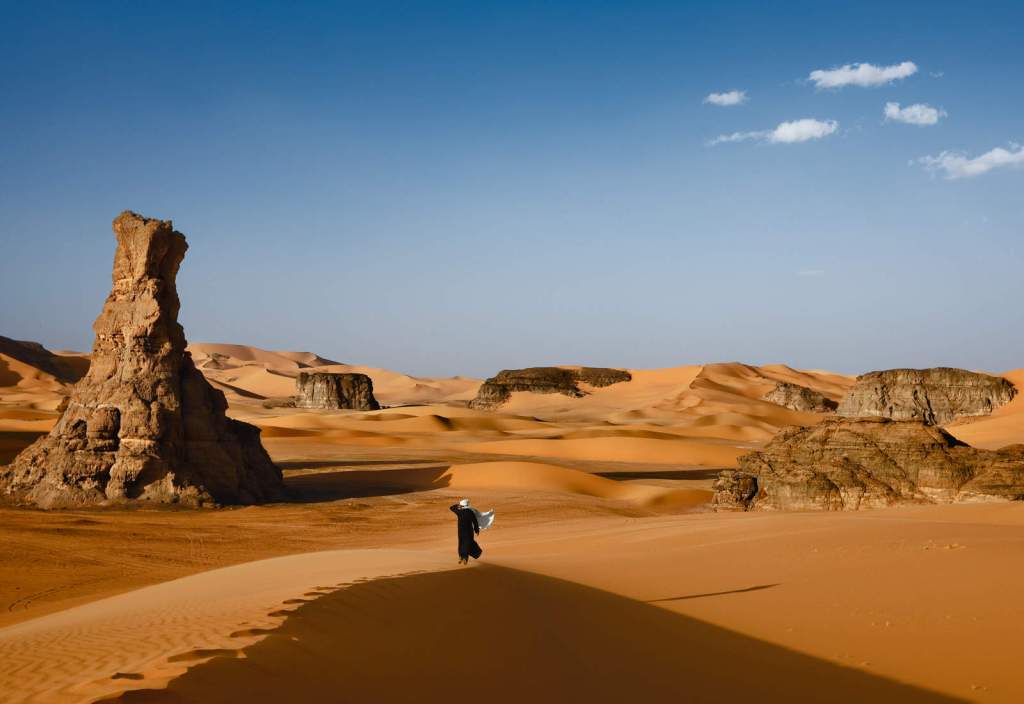