Poveglia – The Venetian Island of the Dead


When I first saw a picture of Poveglia Island, I couldn’t help but notice how pretty it is. But then I read the story behind the place and let me tell you, there’s nothing pretty about it. For centuries, the island has attracted nothing but the worst fate, with hundreds of thousands of people suffering torturous deaths. Today the island may look uninhabited, but legend suggests otherwise…
Poveglia is located in northern Italy, in the Venetian Lagoons. It has no owners and entry to the place is strictly forbidden. The only time any visits are made is to harvest vineyards. Even fisherman won’t venture intot  the waters near the island, for fear of catching human bones in their nets. For a time, it was owned by the Italian state but was sold to a private buyer in the 1960s. The poor guy lived there for a short while, but abandoned the place after a short while. More recently, a family was known to have purchased Poveglia in an attempt to convert it into a holiday home, but again, they couldn’t spend more than one night there. Rumors say that their daughter’s face was split open and 14 stitches were needed to fix it. 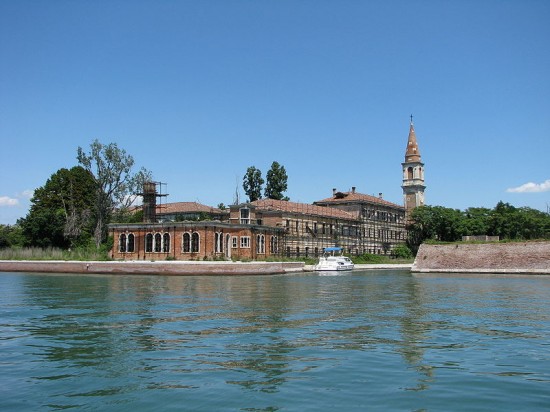 Full post: Poveglia – The Venetian Island of the Dead
Email ThisBlogThis!Share to TwitterShare to FacebookShare to Pinterest
Posted in: Countries, Travel