Supersonic Jets Slow Down the Heart of a Hurricane


Along the coast of southwest Africa a low pressure trough moves out onto the Atlantic where it begins to gather moisture. Within hours, winds in the system elevate the trough to a tropical depression. Large thunderheads form as warm air over warm water causes rapid evaporation and it soon becomes a tropical storm.
The storm migrated north into equatorial waters with temperatures of 77-78 degrees F. The warm water feeds the storm, strengthening it further. As the waters reach 80 degrees F, the storm system shifts into high gear with warm and cool winds rising and sinking in a synchronous movement which begins to feed on itself. The storm releases heat energy at a rate of 50 trillion to 200 trillion watts (that's 50 to 200 followed by 12 zeros). This is the equivalent of a 10-megaton nuclear bomb exploding about every 20 minutes. It's one ferocious beast of a storm, a Category 5 Hurricane. 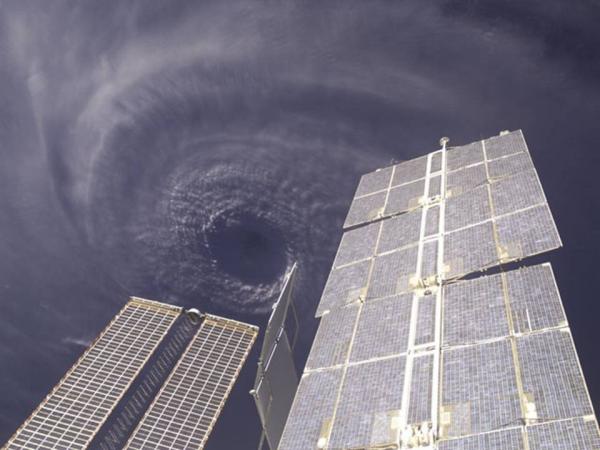 Full post: Supersonic Jets Slow Down the Heart of a Hurricane
Email ThisBlogThis!Share to TwitterShare to FacebookShare to Pinterest
Posted in: Technology, Varieties