We’re brought up to respect and like all species of animals, weather they’re cute or not, but some animals are simply so ugly, that the mere sight of them makes us prepare to run in the opposite direction. Recently, a new species of bats has been discovered and it’s now certain: the Leaf-nosed Bat is the ugliest animal in the world!
Meeting this hideous creature face-to-face would most definitely give you nightmares, especially cause the vast majority of bats are nocturnal animals. This grotesque animal has a deformed nose, which apparently helps it with its echolocation.
When the scientists first spotted this weird animal back in 2008, in Chu Mom Ray National Park, they mistook it for a similar species, named the great leaf-nosed bat, but upon further investigations, the team of researchers managed to capture and compare the two species. 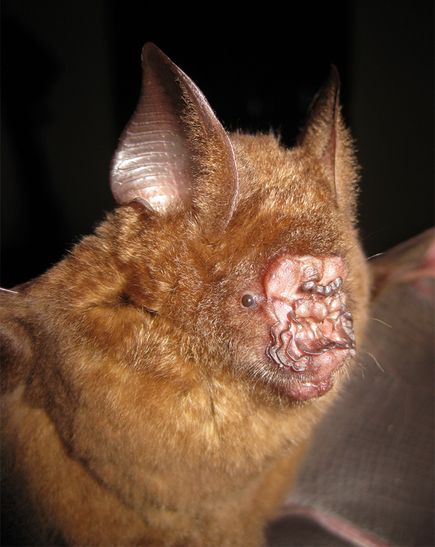