When A Waterspout Strikes...


The waterspout appeared, stretching up out of the ocean and seeming to skirt between boats – boats whose situation off the coast of Singapore suddenly looked decidedly more perilous.
Bystanders on land watched the towering vortex, awestruck. An eerie howling sound could be heard preceding a burst of heavy rain and extremely strong winds. If people on shore ducked instinctively at this expression of Nature’s power then we can only guess at the reaction of those on the boats as these terrific elements were unleashed. Yet no sooner had the phenomenon started than it ceased, leaving observers gaping at the display they had witnessed. 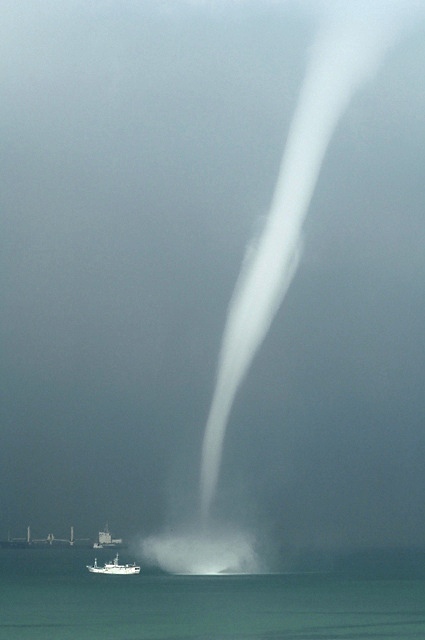 Full post: When A Waterspout Strikes...
Email ThisBlogThis!Share to TwitterShare to FacebookShare to Pinterest
Posted in: Varieties, World wonders