When one thinks of Roman entertainment, savage fights between prisoners and animals (like in Gladiator) and chariot races (like in Ben-Hur) come to mind. Chariot races were usually held in the circus, the gladiator fights were the domain of the amphitheaters. The combats between criminals, prisoners or war, slaves and animals are a testament of the character and life of the Romans who considered these combats good training for a nation of warriors. Occasionally, free citizens would even enter the fight to enjoy their 15 minutes of fame.
The first Roman amphitheaters were built in the 1st century BC from wood and were designed by rotating and joining two theaters built back-to-back so that they formed an oval (amphitheatre in fact means “double theatre”). Located in every corner of the Roman Empire, more than 230 amphitheaters have been found, from the mighty Colosseum in Rome to the arena ruins of Chester, England. 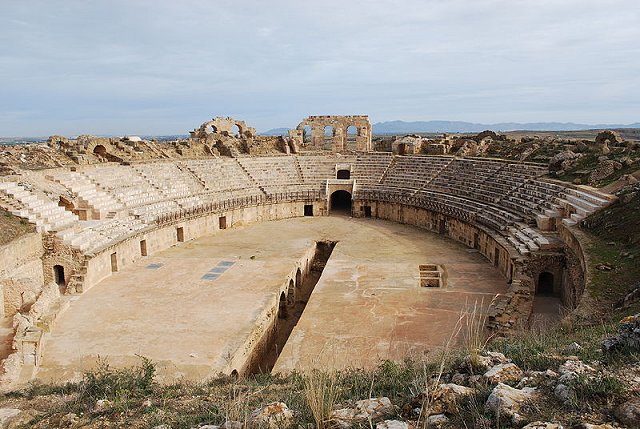