The Maya civilization was one of the great Pre-Colombian civilizations, extending throughout the northern Central American region, including the present-day nations of Guatemala, Belize, El Salvador, southern Mexico and western Honduras. During the Classic period (250–900 AD) most Mayan city states reached their peak of urbanism and large-scale construction. The most notable monuments from this period are the ancient Mayan temples that were built in almost every important Maya city.
For reasons that are still unknown, most of the Maya centers went into decline during later centuries and were eventually abandoned leaving only the Mayan ruins. There are several possible reasons for their downfall including soil exhaustion, water loss and erosion. Other possibilities include catastrophes such as earthquakes, diseases and invasions by other surrounding people and cultures. 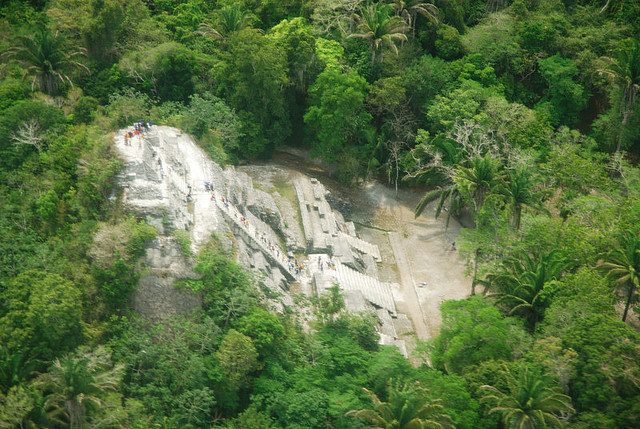