Scattered around the Mediterranean lie the remains of the ancient theaters of the Greek and Roman world. The Greek theaters were large, open-air structures constructed on the slope of a hill. Roman theaters, although heavily influenced by the Greeks, have specific differences, such as being built upon their own foundations.
The theater originates from the city-state of Athens where it was used for festivals honoring the god Dionysus and the famous Athenian tragedy, comedy, and satyr plays. The Romans, being a little bit less philosophical in spirit than the Greek, wanted more pure entertainment with lots of laughs and excitement. Popular entertainments in Roman times included mime plays, acrobatics, jugglers, animal fights and gladiator fights although the later two were more common in the Roman amphitheater.
Below is a list of some of the best preserved and most amazing ancient theatres of Greek and Roman antiquity. Whitman College has an extensive list of almost all the ancient theatres known today. 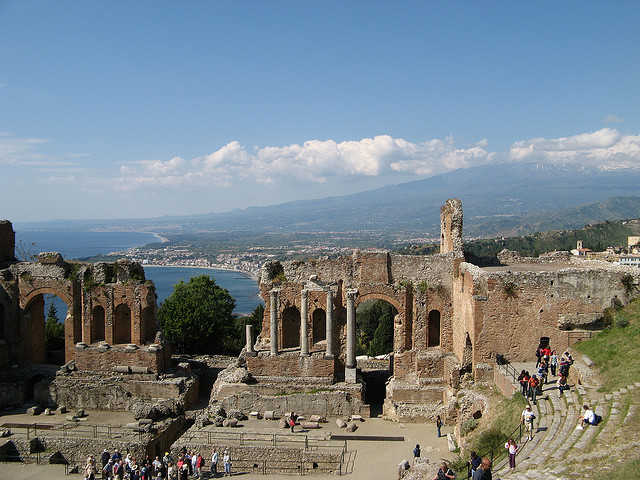