If you've been thrilled (despite suspension of disbelief) by indestructible Indiana Jones hurtling down three spectacular CG waterfalls in a row, you might have wondered if our planet has REAL places with similarly enormous waterfalls in a jungle setting. Well, here is a place with a full 800 meter vertical drop - this should appear lethal even to Indiana Jones screenwriters.
Angel Falls, Venezuela (also called Salto Angel) is the Earth's highest uninterrupted waterfall. It is 979 metres (3,230 feet) tall - think of it as 2.5 times as tall as the Empire State Building and full 15 times higher than Niagara Falls! 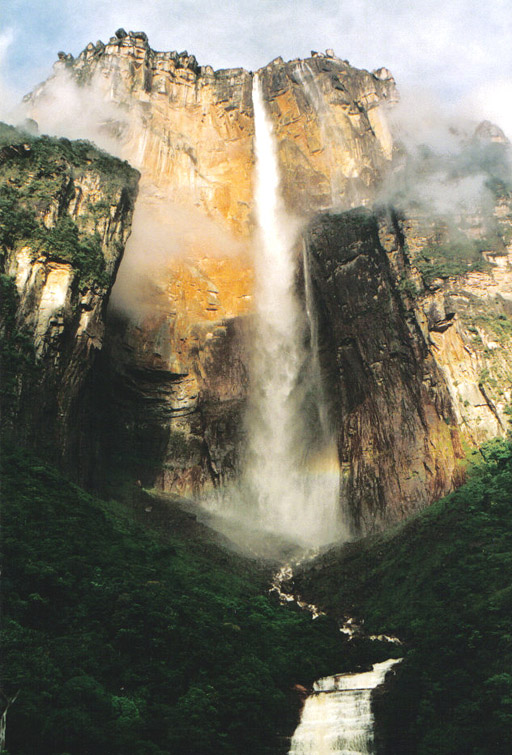