SOME people pore over 30,000 piece jigsaw puzzles.
Others build Spanish galleons out of toothpicks or play Minecraft.
But next time someone tells you to do something constructive with your spare time, you might like to take a leaf from Joe Murray's book - and, er, do something constructive.
For the past nine years, Joe's supervised a team of excavators, bulldozers and dump trucks as they tackled a giant project ... to excavate his basement.
Okay, so at first glance, it doesn't seem like such a big job. If you know which end of a shovel goes into the ground, you could excavate a room-sized cavern under your house in a couple of weeks.
But if you live in Saskatchewan, Canada, where in winter the mercury has been known to hover somewhere below -15C for several weeks on end, it's good to have a hobby.
And if you're Joe Murray, you turn a small job into a big job by using little tools. Little, remote-controlled tools, like this: 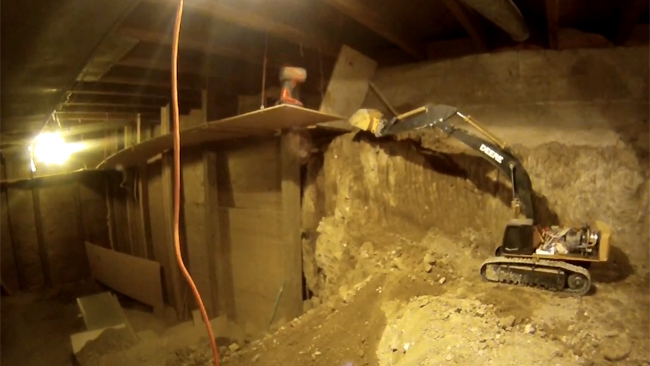