The Coolest Surf Spots in Alaska


Gnarly waves, reefs and black sand beaches. Hawaii, right? Actually, Alaska, which has 47,000 miles of ocean shoreline with loads of surfing potential, as the locals know. Not to mention some of the most awesome scenery you can imagine. “This is the Final Frontier, there’s no doubt ‘bout it,” says Michael Vertido on WannaSurf.com. A surfing expedition to the Land of the Midnight Sun would unquestionably be the experience of a lifetime, and should not be missed. Here are some of the, er, coolest hotspots.
Getting from place to place in Alaska can be difficult and requires patience. Jake Howard, in a Surfer magazine article entitled “Alaskan Edge”, explains, “You must be willing to brave alternative methods of transport.” These include bush planes, skiffs, sturdy fishing boats and ferries. Roads are tricky to find; the Alaskan Highway runs mostly up the eastern edge of the state.
Some of the best-charted surf areas of Alaska include the Aleutian Islands, Kodiak Island, Sitka Sound and Yakutat. “The Aleutians are the frozen Hawaii,” reckons Vertido. And the best time for good weather and big swells is summer to early fall. Alaska is, of course, frigid in winter. Blinding blizzards can hit suddenly, and just as Hawaii has the trade winds, the Aleutians have the Williwaws, sideways-blowing winds with speeds of up to 100mph. 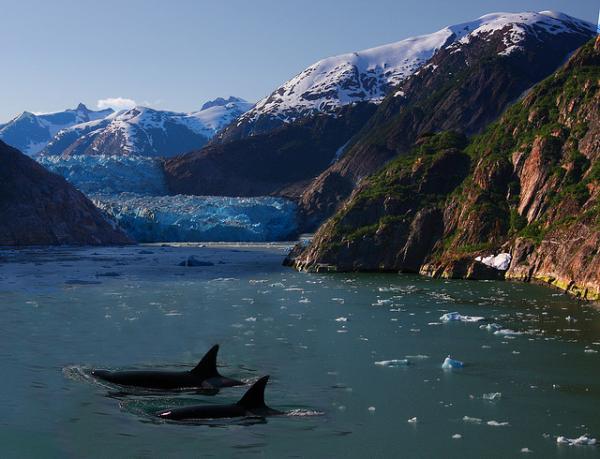 Full post: The Coolest Surf Spots in Alaska
Email ThisBlogThis!Share to TwitterShare to FacebookShare to Pinterest
Posted in: Environment, Nature