The Mystery Behind the Green Fireball Phenomenon


The green fireball phenomenon came to prevalence in the late 1940s, and no one in the scientific world knew what to make of it. The fireballs would shoot through the atmosphere, usually in the vicinity of highly classified nuclear facilities like Los Alamos or the Sandia National Laboratory, where atomic bombs were assembled. At the time, these were some of the most sensitive and top-secret locations in the United States.
Around a dozen green fireballs were reportedly spotted on one occasion, all of them in the airspace of New Mexico, home of both Los Alamos and Sandia. The fireballs were at first mistaken for green flares, but their large size and brilliance soon showed such speculation to be false.
Attempts to explain away green fireballs as meteors didn't fit the facts. For one, green fireballs generally flew on a more horizontal course, while meteors invariably plunged down into the Earth's atmosphere. In some of the later cases it's said that the green fireballs began to fall along vertical trajectories before disappearing. 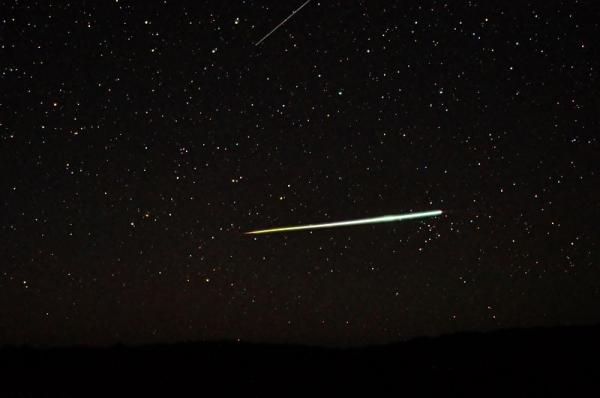 Full post: The Mystery Behind the Green Fireball Phenomenon
Email ThisBlogThis!Share to TwitterShare to FacebookShare to Pinterest
Posted in: Science, Varieties