Immense Troll Tower to Move & Conquer! No it's not something from the "World of Warcraft", it's an offshore oil rig, but a mind-numbingly huge one - in 1996 the Troll A platform set the Guinness World Record for 'largest offshore gas platform'.
It stands almost 500 meters tall and weighs 656,000 tons - it's one of the biggest man-made objects ever towed (it has now been dwarfed by Texaco's Petronius platform which is "arguably" the tallest structure in the world.) 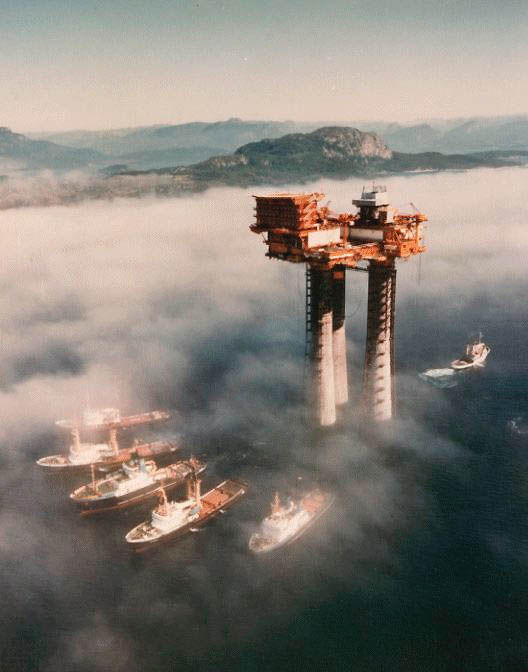