is in front of him, but one who tries to create something which is, in itself, a living thing. ~ William Dobell
The image above represents two kinds of chaos. One is a quantum mechanical one that shows a random quantum wave on the surface of a sphere; the second one is the classical one that depicts chaotic electron paths launched over a range of angles from a particular point.
Don’t get confused with such high scientific terms. Have you ever thought about what it would be like to look from the top down into a three dimensional perfect crystal? Or a superposition of 21 plane waves? Or maybe an image of a quasicrystal, showing some aspects of a crystalline order?
Scientist Dr. Eric J. Heller has come forward with very interesting research work that involves the theoretical investigation of wave behavior, chaos and quantum mechanics and collision theory.
Let us visit his gallery of artworks, an incredible composition that communicates with a sense of tranquility, variety and privacy. Yes, a place where science inspires art and art informs science... 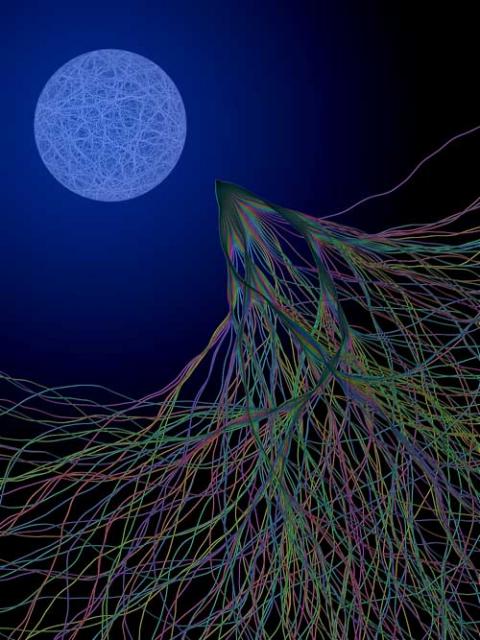