Once upon a time, or during the Cold War, the U.S. National Security Agency (NSA) built a man-made mountain of rubble over the top of an underground Nazi technical college in Berlin. This massive hill was called Devil’s Mountain, or Teufelsberg in German. It was on Devil’s Mountain where the NSA built one of the largest and highly classified Listening Stations in the world to eavesdrop and spy, intercepting Soviet, East German and other countries’ communications. This NSA Listening Station of Radar Domes on “The Hill,” was rumored to be a part of the global ECHELON intelligence gathering network. Other rumors include tunnels beneath the spy complex and yet others suggesting that by 1954, 1,200 calls could be recorded simultaneously, filling up more than 50,000 reel tapes, so that hundreds of tape recorders were installed, the better to hear and record you with my dears. The station continued to operate until the fall of East Germany and the Berlin Wall. Yet after the station was closed, abandoned, and the equipment removed, the derelict buildings and radar domes still remained. This was too much temptation to urban explorers, especially since the elevation of Teufelsberg is 377 feet, and the former NSA Listening Station is over 262 feet high, offering the best views overlooking Berlin. Here’s a urban exploration look at Devil’s Mountain; the once highly classified, now highly vandalized NSA radar domes at Teufelsberg. On this trail of spies during this armchair tour of abandoned NSA listening station in Berlin, remember a little intelligence motto: In God we trust; all others we monitor 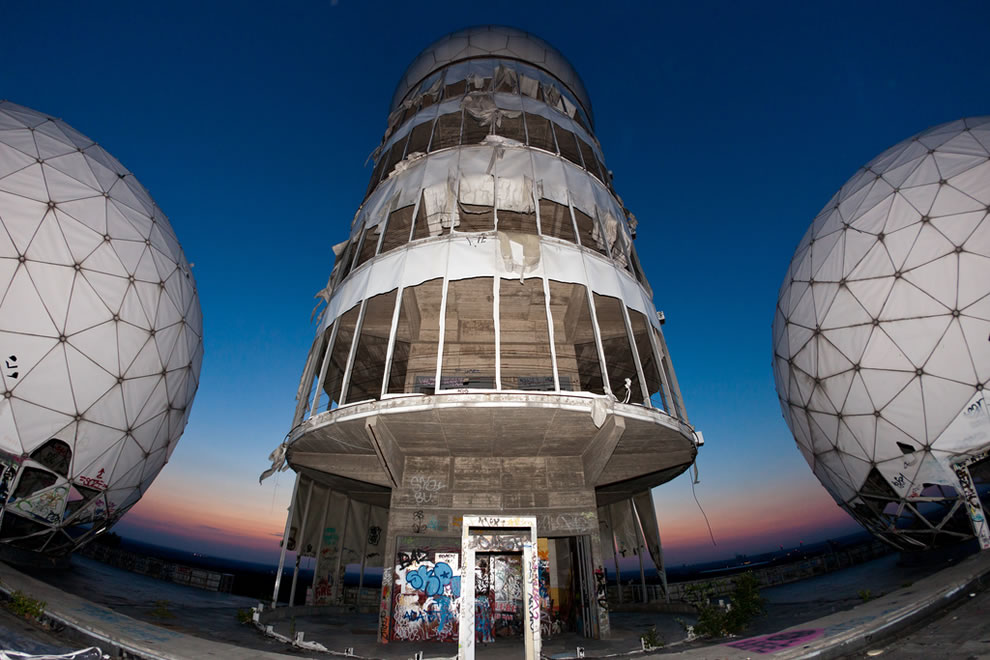