The Bloody Spectacle of a Cockfight in Peru


Spectators casually mill around the sandy arena as the combatants are weighed and armed. Bets are placed, and the chances of the individual fighters are discussed and analyzed. The audience is mostly male, but women and children can also be seen here and there, eating and chatting as preparations for the contest continue.
Once the battle begins, all eyes will be on the two fighters and their brutally ferocious battle, which will likely end in a bloody death for the loser, and sometimes even for the victor as well. 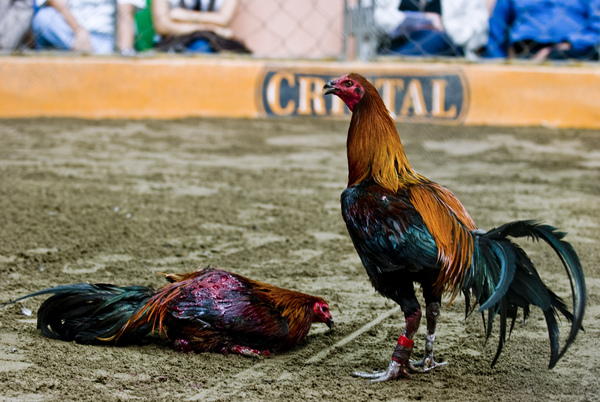 Full post: The Bloody Spectacle of a Cockfight in Peru
Email ThisBlogThis!Share to TwitterShare to FacebookShare to Pinterest
Posted in: Varieties, World wonders