The second seven-star hotel in the world, after Burj Al Arab in Dubai, Emirates Palace, managed by the prestigious Kempinski hotel group, is Abu Dhabi’s epitome of luxury and elegance that beautifully illustrates the creativity of Arabian culture. Set in large landscaped gardens along a kilometer of white-sand beach on its own private bay, Emirates Palace, at a cost of $3 billion, is a truly impressive national landmark that since its opening date in 2005 has attracted not only celebrities, but royalty and other high caliber dignitaries. 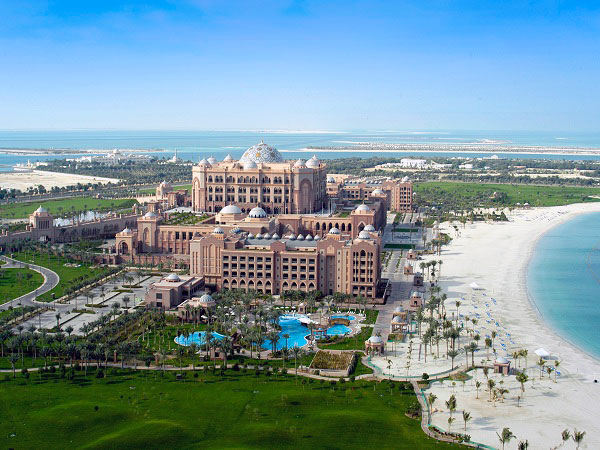