The Devastating Impact of the Halifax Explosion


On a cold December 6, in 1917, it seemed as though the doors of hell had burst asunder in Halifax, Nova Scotia. French munitions ship the SS Mont-Blanc collided with Norwegian supply ship the Imo at 8:40 in the morning. Twenty-five minutes later, the biggest single man-made explosion prior to the atomic bomb tests of 1945 laid waste to the harbor and everything around it.
The force of the blast was so great that all the buildings within a 16-mile radius were all but obliterated and iron railings were bent like soda straws. A tsunami was created after water filled the space where the harbor bottom was briefly exposed due to the amount of water that had been vaporized. In total, 2,000 people were killed, with a further 9,000 injured. The city was devastated, and parts of it were turned into a wasteland as a built-up area of 500 acres on the nearby shore was wiped off the map. 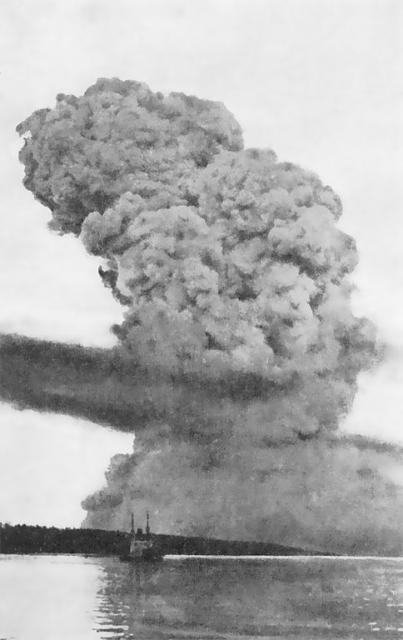 Full post: The Devastating Impact of the Halifax Explosion
Email ThisBlogThis!Share to TwitterShare to FacebookShare to Pinterest
Posted in: Varieties