You must have seen photos of protesters being doused with colored-water cannons by the police. Using water canon is understood as it’s an easy non-hazardous way to disperse mob, but why would police spray protesters with purple and pink water? Simple: to identify and arrest them later. Many water cannons on the market today come with a tank specially designed to store a semi-permanent colored dye. If police decide they want to "tag" protesters with the dye, they can press a button to inject it into the main water stream. Once the water cannon is trained on a crowd, anyone hit by the spray will be easily recognizable by police.
The most famous use of colored-water cannons took place in South Africa in 1989, when police soaked anti-apartheid activists with purple water. But in the ensuing chaos, one of the protester turned a water cannon back at police and towards the local headquarters of the ruling National Party. The headquarters, along with the historic and white-painted Old Town House, were doused with purple. The next day, a graffiti artist tagged the Old Town House with the phrase "The Purple Shall Govern," which soon became an anti-apartheid slogan. 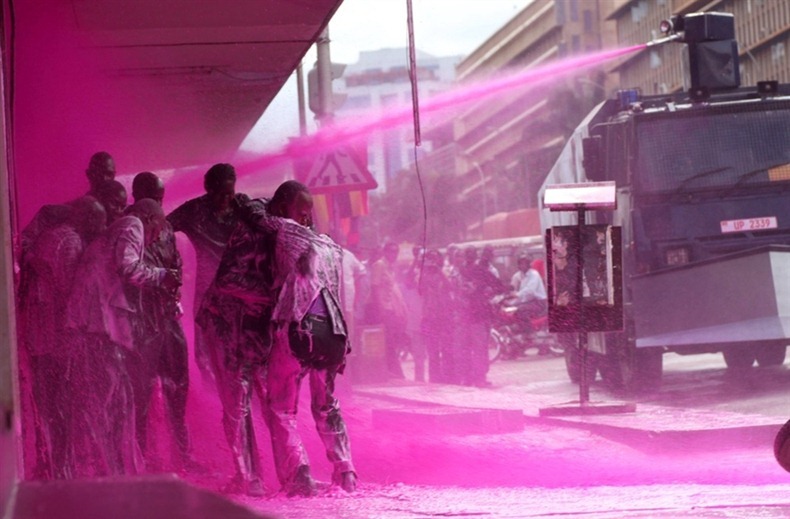