When you need to transport large cargo, goods, and materials from one place to another, ship is the ideal choice even though they are extremely slow. Thousands of cargo carriers ply the world's seas and oceans each year, and they handle the bulk of international trade. Then there are heavy lift ships that are designed to carry excessively large loads that even cargo ships cannot bear, such as other ships, drilling rigs or anything else too large or heavy to be easily transported on a conventional ship.
Heavy lift ships are of two types: semi-submerging capable of lifting another ship out of the water and transporting it; and vessels that augment unloading facilities at inadequately equipped ports. Semi-submerging are more commonly known as a "flo/flo" for float-on/float-off. These vessels have a long and low well deck that can go down under water allowing oil platforms, other vessels, or other floating cargo to be moved into position for loading. The tanks are then pumped out, and the well deck rises higher in the water, lifting its cargo, and is ready to sail wherever in the world the cargo needs to be transported. 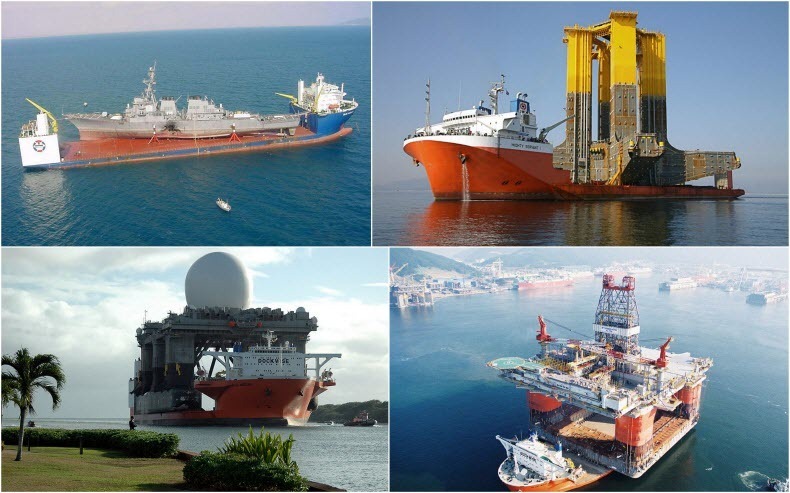