We envy the International Space Station astronauts with their window on the world offering breathtaking views of the Earth and of the universe as a whole. Outer space may become the next frontier for vacations. If that becomes a reality, and we can book a space hotel with an eye in the sky overlooking Earth . . . wow, talk about a room with a view! Who would not want to go? We love to stargaze the majestic Milky Way, but crews from the ISS can also planet-gaze down at Earth. We also love NASA images and have looked at the space-walkers and photos captured from the ISS during Endeavor’s last-ever space walk. Granted there are many countries with space programs and spacecraft taking awe-inspiring photos of Earth—so these images were not entirely captured by the ISS—but they made us dream of taking a space vacation. When we see any of these out-of-this-world pictures, we get ISS envy because those space station expedition crews get to live with those magnificent views for extended ‘vacations.’ Here’s a very small but wowza collection of 34 breathtaking pictures of Earth, and of spacecraft approaching the ISS, as well as two incredible videos. 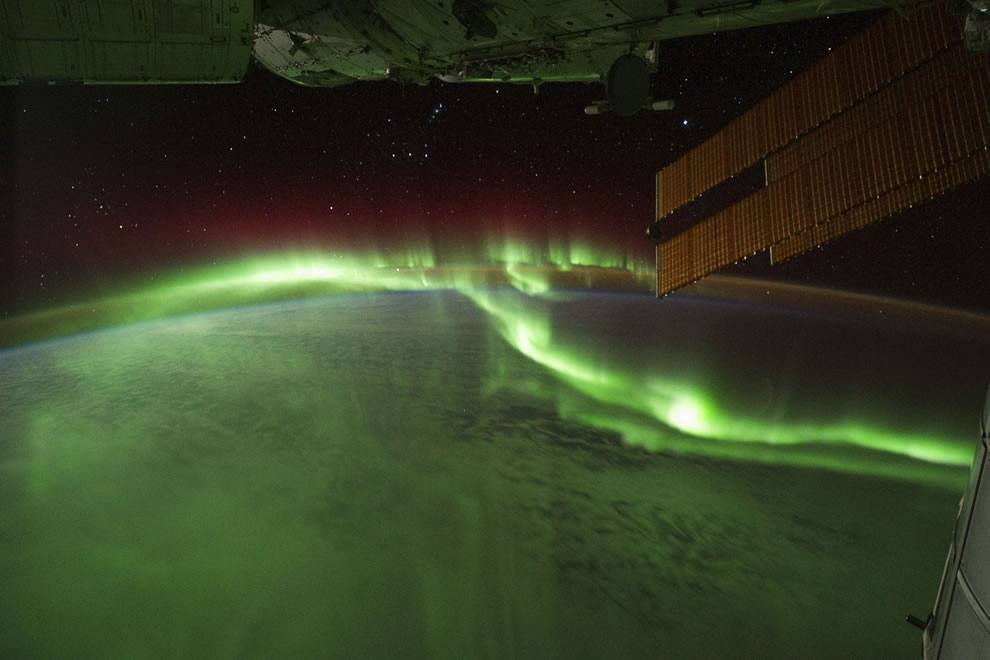