Mehndi is the application of henna as a temporary form of skin decoration in India, Pakistan and Bangladesh as well as by expatriate communities from those countries. The word mehndi is derived from the Sanskrit word mendhika. The use of mehndi and turmeric is described in the earliest Vedic ritual books. Haldi (staining oneself with turmeric paste) as well as mehndi are important Vedic customs as a symbolic representation of the Outer and the Inner Sun. Vedic customs are meant to awaken the “inner light” and so the gold of the inner Sun has an important symbolic function.
Mehndi decorations became fashionable in the West in the 1990s, where they are sometimes called henna tattoos. Henna is typically applied during special occasions like weddings and Muslim Festivals such as Eid-ul-Fitr and Eid-ul-Azha. Similarly in Hindu festivals like Karva Chauth, Diwali, Bhaidooj and Teej.
In some Hindu festivals, every woman tries to have Henna done on her hands and feet. It is usually drawn on the palms and feet, where the color will be darkest because the skin contains higher levels of keratin which binds temporarily to lawsone, the colorant of henna. Henna was originally used as a form of decoration mainly for brides.
In the modern age, usually people buy readymade Henna cones, which are ready to use and make painting easy. However, in rural areas in India, women grind fresh henna leaves on sil (grinding stone) with added oil, which though not as refined as professionally prepared henna cones, brings much darker colors. The term henna tattoo is figurative, because true tattoos are permanent surgical insertions of pigments underneath the skin, as opposed to pigments resting on the surface as is the case with mehndi. [Source]
Below you will find an incredible gallery of traditional henna art along with some additional information on the mehndi. Enjoy! 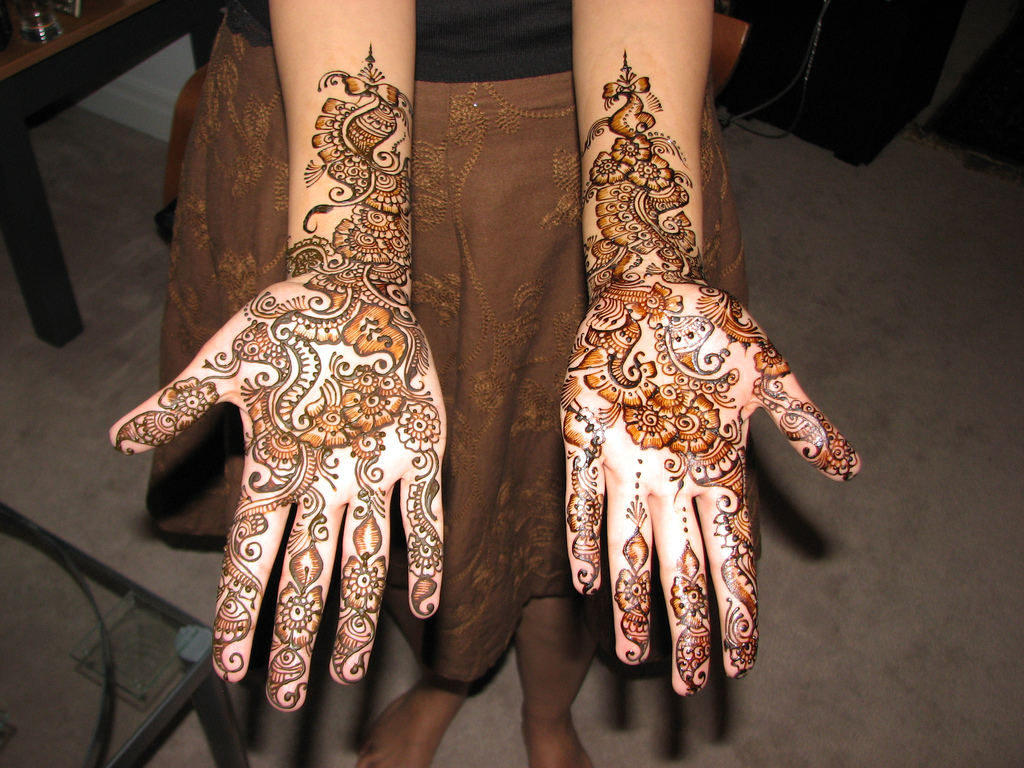