The Most Terrifying Bird on Earth

Queensland, Australia. Philip Mclean, a 16 year-old boy, and his brother, three years his junior, encounter a cassowary. Despite the size of the brightly coloured flightless bird before them, the Mclean brothers attempt to bludgeon it to death with clubs. It is a fatal mistake. Armed with its long- and sharp-clawed foot, the bird kicks the younger boy, who flees. His elder brother lands a blow on the beast but is knocked to the ground. Lying prone, Philip is kicked in the neck by the cassowary, opening a deadly wound. The boy manages to get up and run but dies shortly afterward as a result of a haemorrhaging blood vessel in his neck. 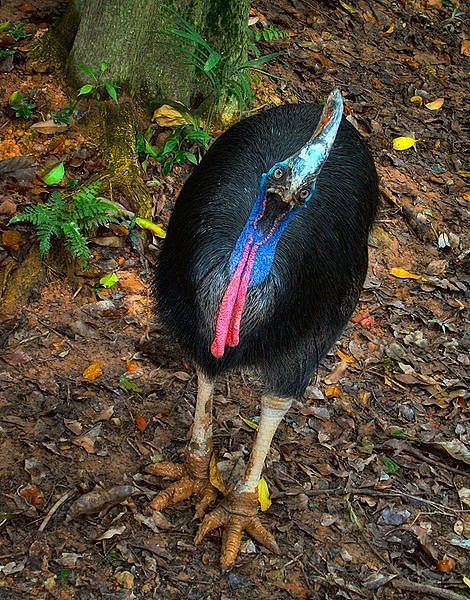 Full post: The Most Terrifying Bird on Earth
Email ThisBlogThis!Share to TwitterShare to FacebookShare to Pinterest
Posted in: Animals, Nature