On very high-altitude glaciers, such as those in the Andes mountains, where the air is dry, snow can grow into spectacular narrow blades of ice up to several metres high. They are called Nieves Penitentes or simply Penitentes. They take the form of tall thin blades of hardened snow or ice closely spaced with the blades oriented towards the general direction of the sun. They usually formed in clusters and range from a few centimetres to 2 meters but penitentes as high as 5 meters has been recorded. These pinnacles of snow or ice grow over all glaciated and snow covered areas in the Dry Andes above 4,000 meters. Penitentes are a common sight in the regions between Argentina and Chile.
Penitentes were first described in the literature by Darwin in 1839. On March 22, 1835, he had to squeeze his way through snowfields covered in penitentes near the Piuquenes Pass, on the way from Santiago de Chile to the Argentinian city of Mendoza, and reported the local belief that they were formed by the strong winds of the Andes. 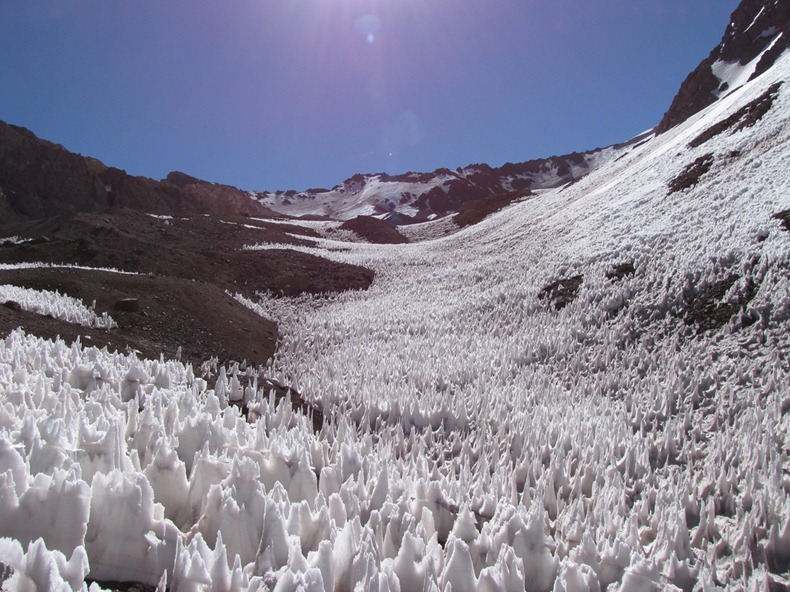