At the first Thanksgiving there were 53 pilgrims and 90 Native Americans who feasted for three days. Yet when you look at the First Thanksgiving history, art shows mostly pilgrims outfitted in clothing that they probably didn’t wear and a small amount of Native Americans. The depicted scenes irk me as it’s all about the pilgrims and totally skewed — or perhaps screwed which is where the pilgrims would have been without help from Native Americans. The new colonists were suffering illness and malnutrition, and most likely would not have survived had it not been for Native American, Squanto, a member of the Pawtuxet tribe. Squanto helped forge an alliance between the settlers and the Wampanoag tribe. So this is a bit different for a Thanksgiving post, but hey what can I say other than be thankful and hope you enjoy the very beautifully and brightly-colored pow wows. Happy Thanksgiving! 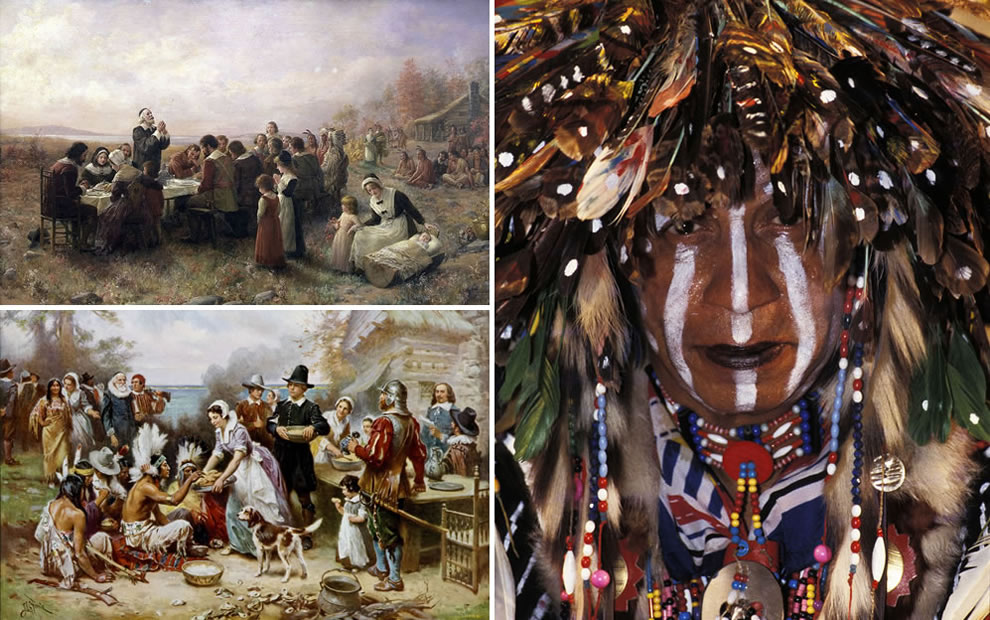