With the epic series complete, the Warner Brothers Studio in Leavesden has opened their doors to the public, revealing things the camera doesn’t show with never-seen-before exhibits, sets, costumes, visual effects and props. Leavesden studios has been the home of the Harry Potter films for over a decade and every single film was shot here.
One of the tour’s biggest exhibits is the Hogwarts Castle Model which offers a total 360-degree view of the incredible, hand sculpted 1:24 scale construction. It is the crown jewel of the Harry Potter Art Department and was originally built for the first film, Harry Potter and the Philosopher’s (Sorcerer’s) Stone.
Below you will find some pictures of this astonishing castle along with additional information about the work and detail of this monumental model. Enjoy! 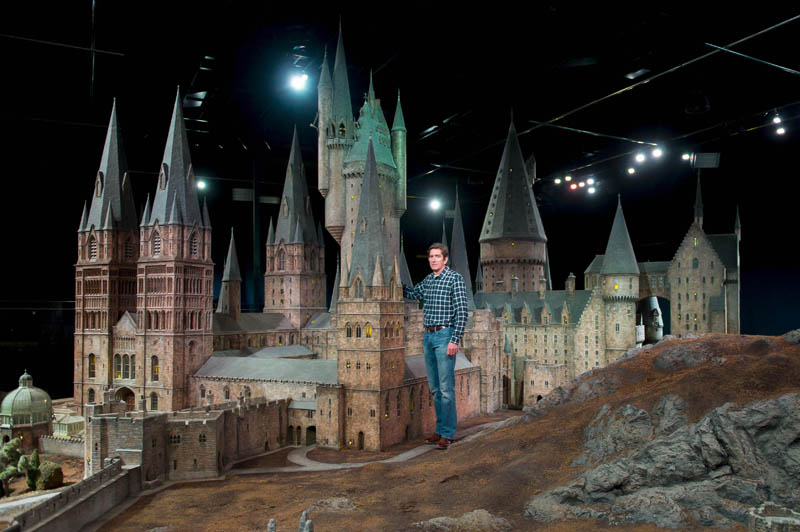