Eleven years after the shocking terrorist attack on the World Trade Center (WTC) building in New York, the U.S., reconstruction at the World Trade Center site is now well underway but not after years of delay and controversy. The new complex will include One World Trade Center formerly known as the Freedom Tower, 7 World Trade Center, three other high-rise office buildings, a museum and memorial, and a transportation hub similar in size to Grand Central Terminal.
As construction continues, the rebuilt One World Trade Center has quickly become a prominent fixture in the New York City skyline, overtaking the Empire State Building to become New York's tallest skyscraper this week at 1,271 feet. The milestone is a preliminary one. Workers are still adding floors to the Freedom Tower, and it isn’t expected to reach its full height for at least another year, at which point will be the tallest building in the Western Hemisphere and the third-tallest building in the world by pinnacle height, with its spire reaching a symbolic 1,776 feet.
However, its overall roof height, at 1,368 feet will still be 82 feet shorter than the roof of Chicago's 108-story Willis Tower. The building's structure is expected to top out sometime in late spring or early summer of 2012, whereupon its 408-foot radio antenna will be installed. At an estimated cost of $3.8 billion, the tower is also the most expensive single building in the world at the moment.
The 104-story tall skyscraper is being constructed in the northwest corner of the 16-acre World Trade Center site, occupying the location where the original 8-story 6 World Trade Center once stood. 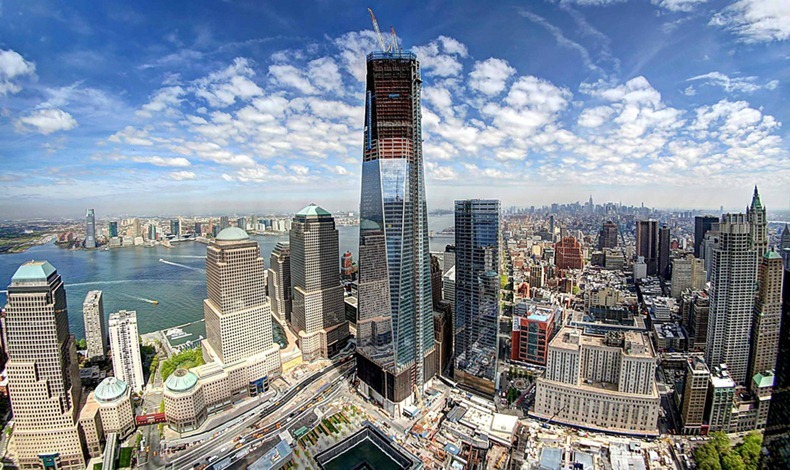