Theodore “Teddy” Roosevelt, the 26th U.S. President, fell in love with the North Dakota badlands during his first visit there in 1883 while he was hunting bison. Roosevelt believed the ‘Wild West’ had a rugged lifestyle and ‘perfect freedom.’ The establishment of Theodore Roosevelt National Park was to memorialize Roosevelt’s life, and the influence the landscape had on him and his conservation ethics. The 110 square miles park is divided into three sections packed with wildlife including bison, feral horses, elk, bighorn sheep, white-tailed deer and mule deer, prairie dogs, and 186 species of birds such as golden eagles, sharp-tailed grouse, and wild turkeys. The largest, South Unit, and the North Unit have about 100 miles of foot and horse trails, wildlife viewing, and opportunities for back country hiking and camping. The Elkhorn Ranch Unit which has Roosevelt’s Elkhorn Ranch is located in-between the two larger units. Besides wonderful wildlife, the National Park Service calls the bizarre geologic rock formations the “grim fairyland” of Theodore Roosevelt National Park. Roosevelt said the badlands were “so fantastically broken in form and so bizarre in color as to seem hardly properly to belong to this earth.” Here’s a look at the wildlife at Theodore Roosevelt National Park in North Dakota, one of the few places where the buffalo still roam 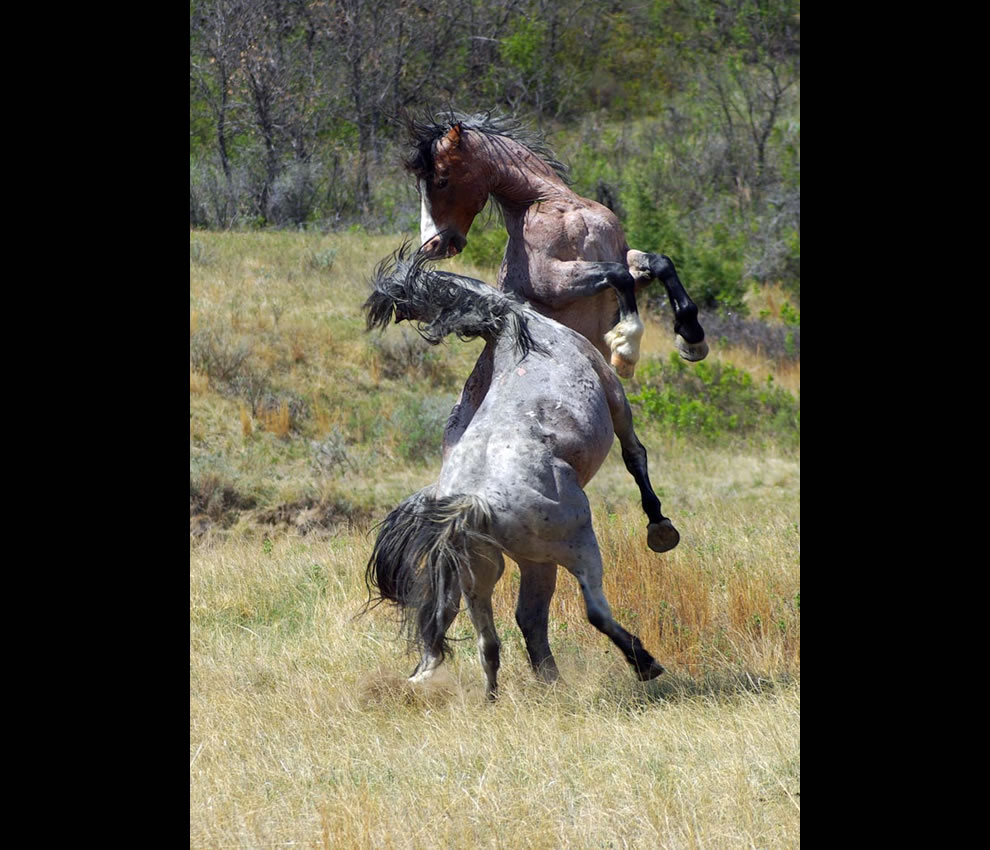