The Twelve Apostles in Victoria, Australia


The Twelve Apostles is a collection of limestone stacks off the shore of the Port Campbell National Park, by the Great Ocean Road in Victoria, Australia. Their proximity to one another has made the site a popular tourist attraction.
The Apostles are a collection of miocene limestone rock stacks jutting from the water in Port Campbell National Park, between Princetown and Peterborough on the Great Ocean Road. Tourism activities (including helicopter tours) are conducted from a visitor centre, situated on the inland side of the Great Ocean Road; with parking and viewing areas. Parks Victoria classifies the structure as nationally significant, with the area being one of Victoria’s major tourist features; attracting approximately two million visitors a year.
The Apostles were formed by erosion: the harsh weather conditions from the Southern Ocean gradually eroded the soft limestone to form caves in the cliffs, which then became arches, which in turn collapsed; leaving rock stacks up to 45 metres (148 ft) high. The site was known as the Sow and Piglets until 1922; after which it was renamed to The Apostles for tourism purposes. The formation eventually became known as the Twelve Apostles, despite only ever having nine stacks.
The stacks are susceptible to further erosion from the waves. On 3 July 2005, a 50 metre tall stack collapsed, leaving eight remaining. The rate of erosion at the base of the limestone pillars is approximately 2 cm per year. Due to wave action eroding the cliff face existing headlands are expected to become new limestone stacks in the future 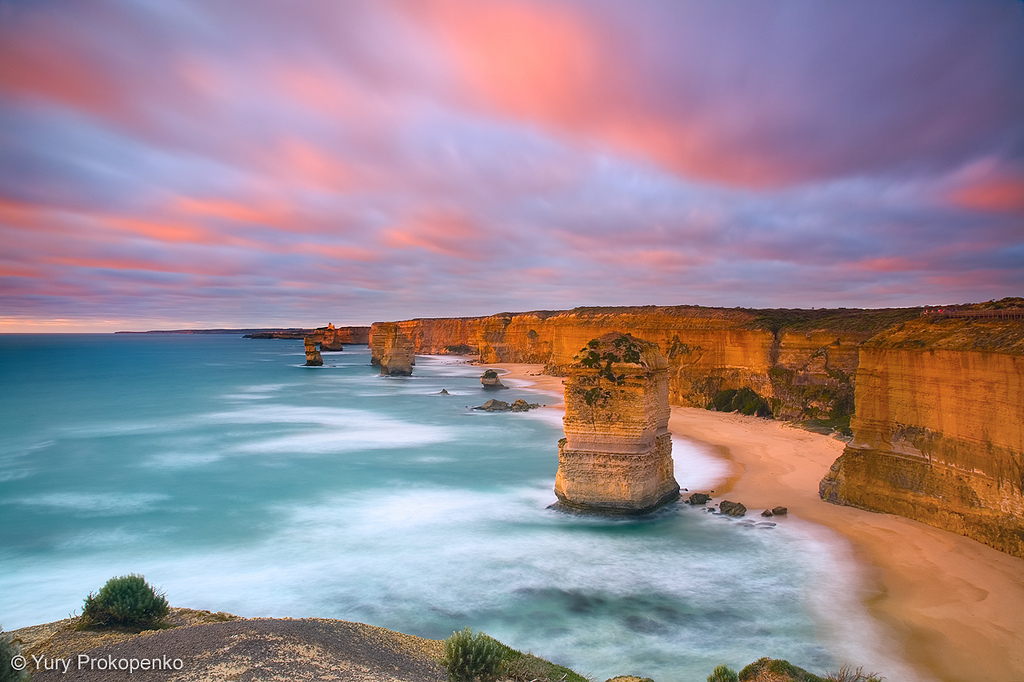 Full post: The Twelve Apostles in Victoria, Australia
Email ThisBlogThis!Share to TwitterShare to FacebookShare to Pinterest
Posted in: Photography