When a Man is Struck by a Bolt of Lightning...


A 14 ft sailing boat rolls with the waves several miles from the harbor of Anchorage, Alaska on a late summer afternoon. The crew are pulling down sails, rolling up rigging and battening down hatches as fast as they can. Even so, threatening thunderheads from a Pacific storm are billowing up over their heads even faster.
Far in the distance they see the first flash of lightning. Distant clouds obscure the horizon as rain pours onto the sea. Fifteen seconds later the rumble of distant thunder rolls over their tiny boat. The four crew members, two couples on a birthday outing, feel their skin tingle as a gathering charge stands the hair on their bodies upright.
As they quickly scurry down steps to the boat's interior through the cabin door, a blinding flash of light and a deafening crack engulfs them all, throwing three members across the room. But for a brief 3 milliseconds, in less time than it takes the other three to reach the floor, their fourth member, the birthday boy, is seized by a bolt of lightning. 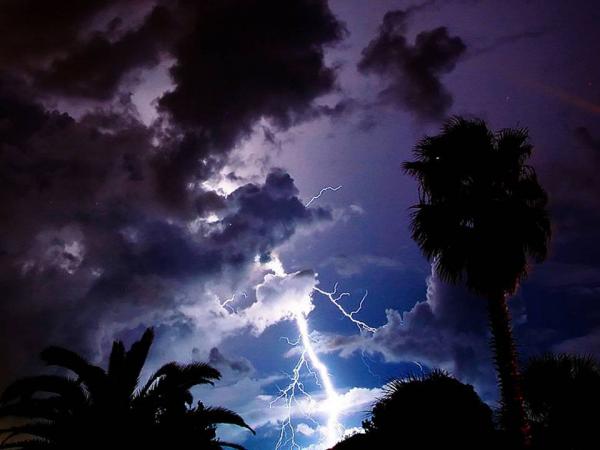 Full post: When a Man is Struck by a Bolt of Lightning...
Email ThisBlogThis!Share to TwitterShare to FacebookShare to Pinterest
Posted in: Science, Varieties