Fear of the wolf — the predator — is woven into folklore, fairy tales, mythology, music, and art to depict wolves as villains. From the Brothers Grimm to present-day sci fi, wolves are infamous for gobbling up people, for huffing and puffing and blowing down houses, and for one of the most famous storybook scenes when the big bad wolf said to  Little Red Riding Hood, “Ah the better to see you with, my dear. The better to hear you with, my dear. The better to eat you with, my dear.” But the big bad wolf reputation is totally undeserved as wolves rarely attack humans. Yet untold scores of wolves have been ruthlessly hunted, shot, poisoned or trapped because of how much humans fear these fascinating and beautiful animals. At one point, wolves had been hunted to near extinction. Now their numbers have rebounded due to conservation. Did you know that wolves don’t truly bark or howl at the moon, or that you have a better chance of being struck by lightning that being attacked by a wolf 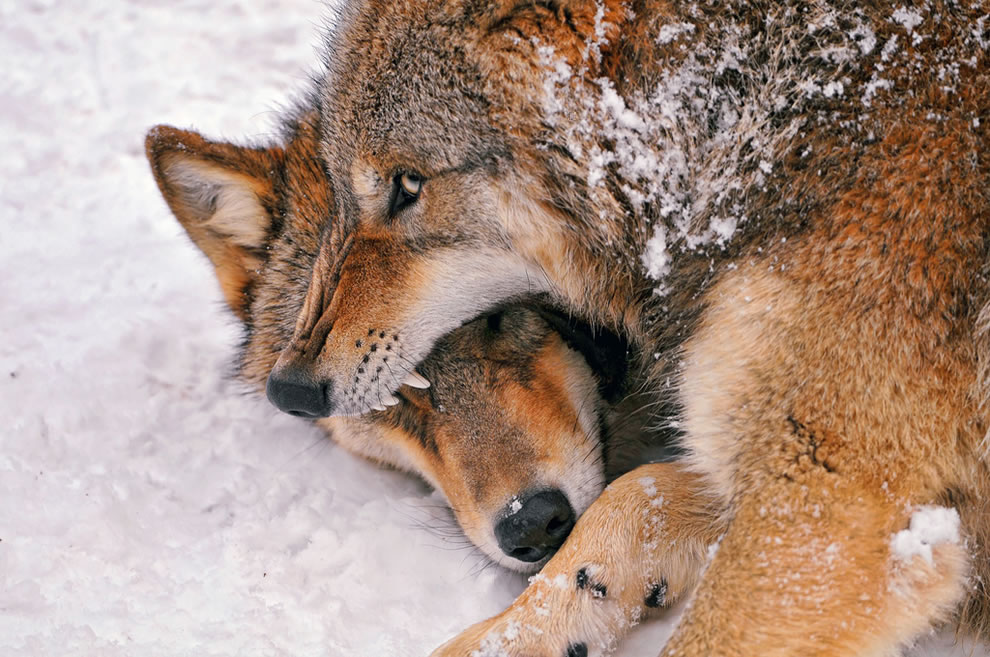