California-based photographer Mitch Dobrowner began shooting “Storms” in 2009 as an experiment to photograph the dramatic thunderstorms happening across the Great Plains and what is known as Tornado Alley. Dobrowner has since traveled more than 19,000 miles over 14 different states in the pursuit of the most extreme weather he can find.
“The goal is to capture the structure of supercell thunderstorms, the feeling of standing in wind gusts breaching 50 MPH, the lightning, the rumble of hail. I’ve never seen anything like these storms before. . . . They are born everyday, they fight against their environment to stay alive, change their form as they age, they lose their strength, and eventually they die. The hope is that the images presented communicate how I feel while standing in front of these amazing forces of nature.”
Mitch Dobrowner has just won the 2012 Sony’s World Photographer of the Year award with his stunning Storms series. Dobrowner’s extraordinary black and white photos of brooding skylines pregnant with impending storms defeated over 112,000 rival images that were submitted from 171 different countries. 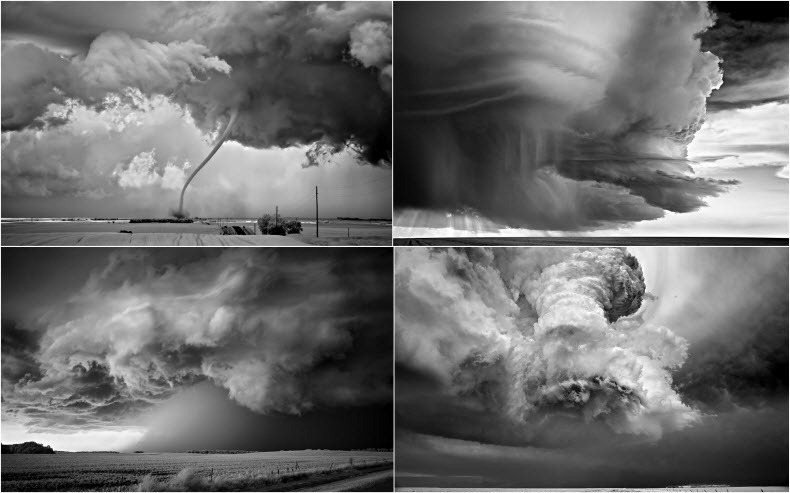