Bird of Prey Vs Poisonous Snake


Two deadly predators scan the terrain. One does so from the sky, its sharp eyes scanning the rocky ground below; the other is on that very same broken ground, using its nostrils and forked, flicking tongue to test the air for potential prey. Little does this terrestrial hunter know that today it will itself become the prey of a much larger animal...
The two carnivores are residents of the Bolsa Chica Ecological Reserve, a wetlands area of coastal Southern California. The bird is a red-tailed hawk, likely North America’s most common hawk. The snake appears to be a Pacific rattlesnake, a species known to inhabit the area. Fortunately for us, a photographer was on hand the day these two animals clashed, and these intensely dramatic images are the result. 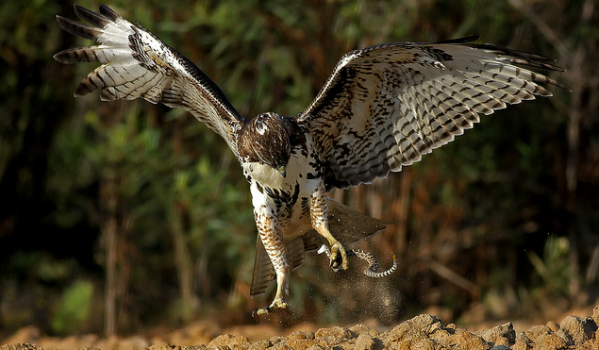 Full post: Bird of Prey Vs Poisonous Snake
Email ThisBlogThis!Share to TwitterShare to FacebookShare to Pinterest
Posted in: Animals, Nature