New Zealand artist and photographer Geoffrey H. Short hired special effects experts from the film industry to set up explosions on the black sands of the New Zealand coast. They mixed fossil fuel and gunpowder and set the explosions in mid-air to cause minimum damage to the environment, while Short caught them in his camera. Geoffrey H. Short said in a statement, “I am not trying to tell people what they should think, rather I am making art objects which I hope will make people think.”
Geoffrey H. Short, who hails from Auckland, is a graduate from the Elam School of Fine Arts, University of Auckland. After leaving university in 1980s, he worked as a documentary photographer at the Waikato Museum in Hamilton. From 1990 he freelanced as a commercial photographer, specializing in stills photography for film and television. 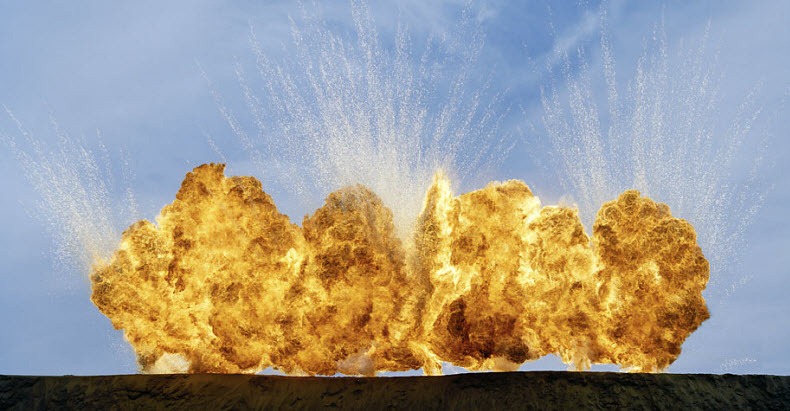