A Guide to Visiting Mayan Ruins in Central America (Get There While You Still Can!)


The end of the world is nigh…or so the theory goes according to modern interpretations of the ancient Maya calendar.
One of the greatest Pre-Columbia civilizations, capable of competing with the Aztecs and Incas, the Maya folk lay foundations through much of Central America, stretching from the state of Chiapas and the Yucatán Peninsula in Mexico down through Guatemala, Belize, Honduras, and El Salvador.
Historians can trace the Maya back as far as 2,000 B.C., but little is know about why, during what appears to have been the height of their power, the Maya civilization dramatically declined, leaving grand pyramids and settlements to be consumed by jungles until their re-discovery many centuries later. Revolution, drought, and over population are only a few of the theories offered by way of explanation, and hot debate continues to this day. However, the topic circulating with increasing prevalence as this year gathers pace is not the fall of the Maya empire, but rather the extinction of our own.
Based on readings of the ancient Maya calendar, theory has it that on December 21, 2012 cataclysmic or transformative events will occur, which many believe will spell the end of the human race. These predictions are founded on the tradition of Maya astronomers who classified time by eras using the Mesoamerica Long Count Calendar. The Maya believed that there had been three worlds before ours with the last era ending after a 5,125-year cycle, and our current era commencing on 3114 B.C. Extrapolating this method, theorists have deduced that the end of the next Maya cycle will fall on December 21, 2012. 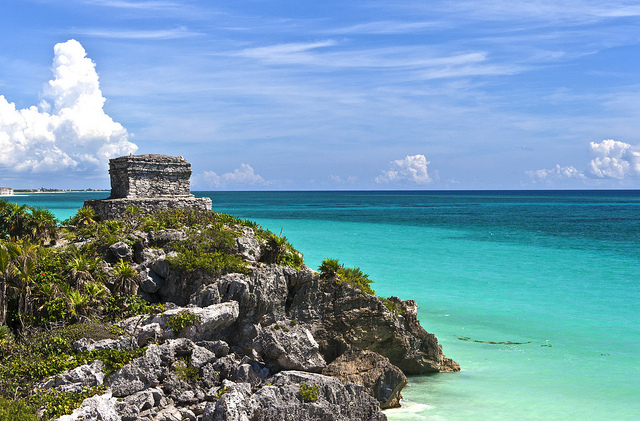 Full post: A Guide to Visiting Mayan Ruins in Central America (Get There While You Still Can!)
Email ThisBlogThis!Share to TwitterShare to FacebookShare to Pinterest
Posted in: History, Varieties