The Clearwater lakes are twin lakes that formed at the same exact time in Northern Canada. The asteroids that made them were huge, at 16 miles and 22 miles respectively. The lakes are named after their clear water; that, and the fact that there are 25 lakes in the area also called “Clearwater lake” really says something about Canadian creativity. No one’s sure how two large asteroids managed to hit the same area at the same time. One expert says it may be because asteroids have their own small moons, or it may be that it used to be one big asteroid and split in two in our atmosphere. 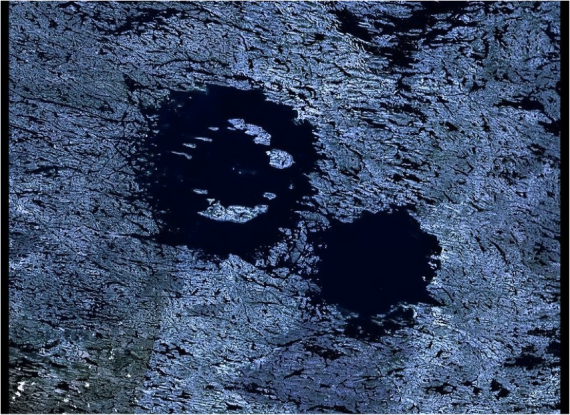