Deep in the Nevada desert reachable by an off-beaten track called Gold Butte Byway, lies a fascinating area that few people know about. It’s known by various names such as Little Finland, Hobgoblin's Playground and Devil's Fire. This is a place where wind and water have sculpted red sandstone rock into fantastical shapes that is rarely seen anywhere else. Like a fanciful mirage, fiery sandstone fins and bizarre shaped mythical beasts springs from the desert floor. With little bit of imagination you can faces of people and wild animals that have been formed by the eroding sandstone, making for endless photographic possibilities. A few of these odd shaped formations have taken on descriptive names, such as the Ancient Elephant, Little Dinosaur and Big Nose.
Little Finland is so called because the rock formations here can seem to look like fins, but “Hobgoblin's Playground” sounds more appropriate. Akin to the nearby Valley of Fire, just 30 km from this place, this red rock setting was formed millions of years ago shaped by wind erosion and occasional heavy rains, a process known as Aeolian. 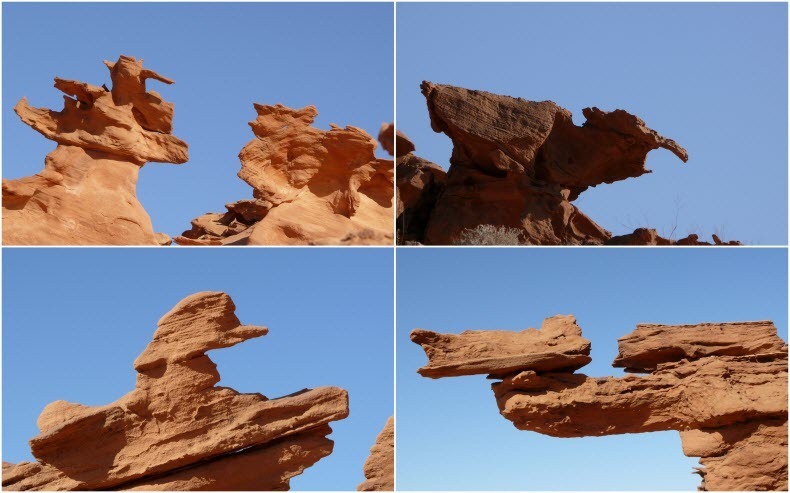